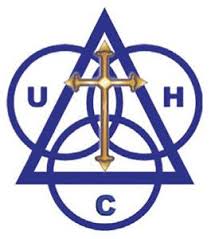 Rudd, born in Orange County on Nov. 20, 1940, was the oldest child of Elder Luther Virgil and Lena Holman Latta, who preceded her in death. She attended what was then Caswell County Training School (now Bartlett Yancey High School) and years later got her General Education Degree from Alamance Community College.

In November of 1957, she married Willie Ezell Adams, who preceded her in death, and to this union, five children were born, Robin, Gladys, Cora, Latta and Tyrone. She worked in numerous textile manufacturing jobs where she retired and spent her later years as a home health sitter. She married James Marvin “Jip” Rudd in 1985 and became mother and grandmother to the Rudd family, including Jerry, Ronald, Donald, James, Jr. and Joyce.

She joined the Holy Tabernacle of Jesus Christ in Mebane at an early age and continued her Christian journey at New Covenant United Holy Church, where she remained until her health and COVID-19 prohibited her attendance.

In addition to her parents, who preceded her in death, was her son Tyrone and two special brothers-in-law Ernest Turner and Harold Murdock.

To send flowers to the family or plant a tree in memory of Mother Shirley Jean (Latta) Adams Rudd, please visit our floral store.