Share a memory
Obituary & Services
Tribute Wall
Read more about the life story of Lanalisa and share your memory.

Early Friday morning, December 30, 2022, God’s Angel of Silence entered Piedmont Hills Center for Nursing and Rehabilitation in Greensboro, North Carolina and sealed the lips and closed the eyes of Lanalisa Mitchell Jones.  Her soul winged its flight from this world of suffering to a place of eternal rest.  Lanalisa was a resident of Burlington, North Carolina.

Lanalisa was born on January 3,1981, at the U.S. Army Hospital in Nuernberg, Bavaria, Germany to Quijardas S. Mitchell and Cornelia Goode Mitchell, very proud and dedicated military parents.  Upon discharge from the military, they settled at 534 Dudley Street, Burlington, North Carolina.  Lanalisa was raised and began her educational pathway in Burlington, N.C., attended Williams High School, then Alamance Technical College.

Lanalisa possessed many qualities; she was a kind, dedicated, loving mother, and a friend to many.  She was very hard working and determined to make a living for herself and her daughter Juziah.  Lanalisa worked for Shipman Family Home Care, Inc., and at several fast-food establishments.  She enjoyed spending time with her daughter, cousins, and visiting her aunt and uncles in Maryland where she attended church and often traveling with them to many fun destinations.

She is also survived by her great aunts Doris Ann Goode of Hinesville, Georgia, Peggy Beasley, Durham, NC, and a very special cousin Shonte’ Ireland, Burlington, North Carolina, and a number of other loving relatives and close friends.


To send flowers to the family or plant a tree in memory of Lanalisa (Mitchell) Jones, please visit our floral store. 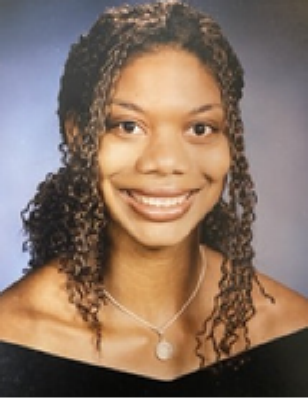 Look inside to read what others
have shared
Family and friends are coming together online to create a special keepsake. Every memory left on the online obituary will be automatically included in the book.

Look inside to read what others have shared


Family and friends are coming together online to create a special keepsake. Every memory left on the online obituary will be automatically included in the book.

Please note
Mask are still required for all services.