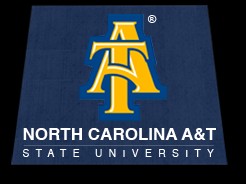 It is with great sadness that the family of Dr. Julius Lee Harp announces his passing, on Tuesday, August 17, 2021, at the age of 62.

He was born to the late Clara and Luther Harp on January 16, 1959, at Pitt Memorial Hospital in Greenville, NC. Julius’s educational journey began at P.S. 60. He later attended P.S. 5 Port Morris before graduating from Harlem Prep High School, where he decided he would pursue a career in the sciences. His post-secondary matriculation took place on the campuses of Knoxville College, St. John’s University, and York College, where graduated with a degree in chemistry in 1984. Additionally, his athletic aptitude earned him a spot on the baseball team at York College. He would eventually join the basketball team as well. Julius later earned his Ph.D. in chemistry from Howard University in 1991. While at Howard, he studied under Dr. Jesse Nicholson, a renowned, Black bioorganic chemist. Dr. Nicholson was Julius’ mentor and close confidant. After receiving his doctorate degree, Julius and his family moved to North Carolina where he performed research as a post-doctoral scholar under Dr. Slayton Evans, a leading international researcher in organophosphorus chemistry, at the University of North Carolina at Chapel Hill.

In 1992, Julius began to serve as a professor at North Carolina Agricultural and Technical State University. As a dedicated teacher, he helped countless students go on to dental, pharmacy, medical, graduate, and other professional schools. Many of those students went on to follow in his footsteps. As a researcher, Julius made contributions to the field of organic chemistry to include material science, medicinal chemistry, and methodology. During his career, Julius also served in several leadership roles. He was a Faculty Senate Chair, American Chemical Society Central North Carolina chapter president, University of North Carolina System Faculty Assembly Delegate, American Chemical Society Central North Carolina Minority Affairs Committee Head, and a National Aeronautics and Space Administration (NASA) research fellow. Julius succeeded despite the injustice that he experienced as a Black scholar and scientist, and he continued to combat all forms of systemic barriers to pave the way for the thousands of students that he served to produce today’s scientists, engineers, doctors, dentists, pharmacists, professors, etc.

Julius always had a witty sense of humor and never failed to cultivate a warm, conversational environment for others. He loved to sing and dance and was a family man who would go to the end of the earth (and back) for his loved ones. He was very prideful and always aspired to be the change that he wished to see in the world. There was not one person who met Julius, young or old, who cannot recall an intellectual moment that they shared. He never passed up an opportunity to inspire others to achieve greatness and had a way of making everyone around him feel like family. He will be remembered for his witty, passionate, caring, and determined humanitarian character. Julius will be dearly missed by his family and friends, but we know that he will be watching over us from heaven and remain close in our memories and our hearts.

To send flowers to the family or plant a tree in memory of Dr. Julius Lee Harp, please visit our floral store.