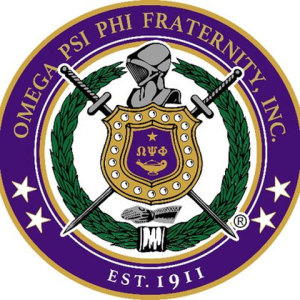 Lt. Col. (Ret.) Charles Orin Jeffries, Jr. passed away at his residence surrounded by his loving wife.  He was born in Hampton City, Virginia to the Charles Orin Jeffries, Sr. and Beatrice Pierce Jeffries.  He was one of four children born to this union.  Rising from the tragedy of losing his entire family due to a house fire, Charles used his unfortunate circumstance to rise and accomplish many great feats within his 85 years.

Following his graduation from high school he enrolled into college at Virginia State University where he excelled tremendously.  He was a proud member of Omega Psi Phi Fraternity, Inc. He was commissioned as a 2nd Lieutenant with the United  States Army where he served valiantly.  During his 22 year, 2 month and 21 day career he obtained the rank of Lieutenant Colonel serving during two conflicts, Korean and Vietnam.  Lt. Col. Jeffries received the following commendations and awards: National Defense Service Medal, Vietnam Service Medal, Vietnam Campaign Medal, Vietnam Gallantry Cross with Palm, Army Commendation Medal with 1st Oak Leaf Cluster; Bronze Star, 2 Overseas Service Bars and the Legion of Merit.  We are grateful for his bravery and commitment to his country.

He was the first African-American Assistant Superintendent selected to serve the students and citizens of Alamance County.  He was a dedicated and sincere educator, always encouraging others to excel to their best potential.  His knowledge and insight were valuable assets in shaping and cultivating growth for all and equality for all.  Mr. Jeffries also received his Master's Degree from Michigan State University.

He married the love of his life on March 28, 1959, Pauline Dixon Jeffries and this union was blessed with three loving and caring children: Charles, III, Paula and Rex.  "Bubber" and Pauline shared love, laughter and joy for 60 years. They were truly blessed to have each other.