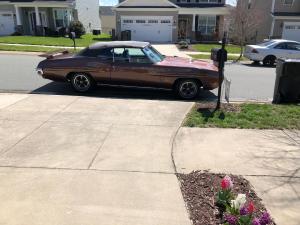 Mr. Curtis Warren Hayes, 89 passed away on April 28, 2019 at the Hospice and Palliative Care Center of Alamance-Caswell.

Curtis was born to Lonnie Calvin Hayes, Sr. and Nettie Frances Jeffries Hayes, both deceased.  For 46 years he was the beloved husband of Mrs. Jannette Jeffries Hayes.  He was a graduate of Pleasant Grove Union High School and Hampton Institute.  He was a Mechanical Drawing Instructor in the District of Columbia for 32 years.  Curtis was an avid Redskins fan, so much so that he worked with the Robert F. Kennedy Memorial Stadium and held special affections for his prized 1970 GTO.